My January Resolution (no, NOT my new year's resolution) 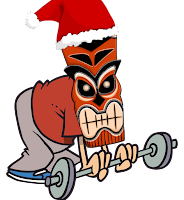 Back in September this year my brother's excessive health consciousness and ceaseless prating1 finally got to me and I committed to working out regularly for one month. I also added a no snacks after dinner rule and eliminated Netflix 😱. I laid out a chart in my handy dandy notebook and stuck to it, exercising on average 5 days each week. The no snack rule made me realize how often I grab something to eat in the evenings and without Netflix I actually finished a couple books I had been struggling to get through and went to bed earlier. I felt so good about it all that I decided to do it again in October. I switched up the exercises, putting a bit more emphasis on the vanity muscles of chest and biceps because... why not. Instead of snacks after dinner I went with no food at all as desert had been allowed the previous month and I also continued the Netflix fast. Another good month. I was able to stick to the 30 day target and found myself going for runs at 10pm just to make sure I could check the box for that day.

"Great, very proud of you! But, so what? What does this have to do with my kids getting a job?"

OK fine, perhaps I could have made my point with fewer lines up above but I had to explain the multi-month aspect of this discovery2 of mine. Now completing my 4th month (December) of this experiment, I am sold on the idea of Micro-Resolutions rather than committing to a longer and less realistic annual marathon goal.

A child's attention span can be estimated based on their age. With the length of time increasing as we get older. My extensive (Google) research produced the following chart:


I added adults here at the bottom to the 16 year old row as the ranges I could find for adults went from 12 seconds (!) to 20 minutes as an average. While there is likely much debate that can be had here I am more interested in the differences and inferring a longer "goal" attention span from this chart. After some fiddling3 with the numbers and adjusting using 30 days as the average for 16 to adult we get the following chart:
Again, so what? Perhaps I should let Dr. Marilyn Price-Mitchell speak for me here. I went searching for support for my theory and she summed it up (with citations as well) in this article on Goal-Setting in Psychology Today.


Research has uncovered many key aspects of goal setting theory and its link to success (Kleingeld, et al, 2011). Setting goals is linked with self-confidence, motivation, and autonomy (Locke & Lathan, 2006). A 2015 study by psychologist Gail Matthews showed when people wrote down their goals, they were 33 percent more successful in achieving them than those who formulated outcomes in their heads.

We want our kids to be confident. Confident kids do better in interviews and are more willing to try new things and take on new challenges in school, work and life. Goal-setting (and goal-achieving) is an inescapable part of work-life. No matter what kind of career your child gets into they will be better off if they can set goals and work towards them. The idea of this article is to make it less overwhelming. If we as adults can't handle anything more than 30 days then let's set proper expectations with our kids. For a 4 year old, doing something everyday for a whole week may seem like forever!

To build confidence our kids need to challenge themselves over and over again and learn that 1) trying something new will not kill them, 2) if they put some effort into it they have a decent chance of succeeding and 3) if they fail the first time but keep trying they will almost certainly succeed! I suspect that goal-setting is a lot like this. It sounds like a nice idea but it is a bother and a risk to actually commit to something. To make it a habit, a positive feeling needs to be associated with it. If we start early with our kids, working on achievable targets we can help to build that confidence and a habit of goal-setting. Using the time chart above, try some different goals with your kids. Make it visible as well. A colorful 3 day chart on the refrigerator for your 2 year old will give them something to check off each day. Don't be afraid to set a reward for achievement.

As January 1st sneaks up on us and we all contemplate what impossible challenges we will set for ourselves (exercise more, eat less, get organized, spend less, etc) set yourself (and your kids) up for success instead of failure. Assuming you are an adult, give yourself a January Resolution and stick to it. Best of luck and Happy New Year! 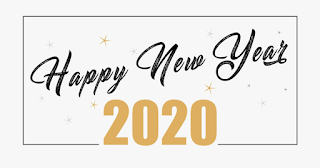 1 I first wrote "prattering" here and my spellchecker kept telling me to change it to "pattering" which is what rain sounds like on a tin roof, not what my brother sounds like talking about nutrition and exercise. A little help from dictionary.com and I self-educated! The -ing form of prater is prating!↩
2 Perhaps I was not the first to discover this (see this article on CNN). But it was a discovery for me.↩
3 I first took the average for each row. Interestingly, the average jumps by 5 minutes for each age gap of 2 years. I then set 30 days as the long average for the oldest group and through trial and error came up with a number that when added to the previous row eventually comes to 30. In this case 3.75. But since that is an awkward number I then rounded everything down because I figured that in general, it is easier to do something for a shorter amount of time as opposed to a longer... ↩
on December 28, 2019 No comments: