Sugar and spice and everything nice. That's what little girls are made of.

Raising a son and a daughter I can't help but see differences that I am tempted to believe are gender-related rather than environmental. Both of them were raised by the same parents in the same house so it has to be something else right? The younger one, the girl, is more studious, more obedient, more willing to give up something to make the other happy. The older one, the boy, is more focused on his own stuff, less thoughtful about others at times, and decidedly less studious... But I only have two kids. This ad-hoc experiment would be more decisive if we had two sets of fraternal twins with a boy and a girl as the older ones and another set of a boy and a girl for the younger. Maybe I would discover that the younger ones, both male and female, were more studious than the older ones. Or, maybe I would confirm my suspicion that girls are different. 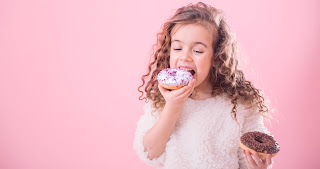 My real concern is about my daughter's future. If there are differences (and I believe there are) then do we need to help our little girls to grow up in a different way from how we raise our boys. And, if so how? A quick search on Amazon came up with 6,000 results for "raising daughters". I am sure that the advice is all well researched and suitable for a dedicated parent. But I am a headhunter! I have very specific concerns. Will my daughter be competitive in the job market? Will she be promotion material in the corporate world? Will she love what she does for a living?
A few years ago I wrote an article about raising my daughter to be the next Carly Fiorina. It was a good article and helped me to see that, at least according to Carly, I could raise a girl to be aggressive, successful, happy, and proud of her accomplishments. But these days (my daughter was 7 when I wrote that article) it seems more likely that Carly was an outlier and that my daughter with her willingness to let someone else get ahead because they would be sad, is a problem. The other related article I wrote about being too nice addresses this issue very directly with the following quote:

"...if you let everyone cut in front of you on line then you will never reach the front."

The nursery rhyme* that gave me the title for this article is worrisome. Is it saying that girls are all "nice" or is the rhyme encouraging a stereotype for women that results in them all becoming "nice"? And what does that say about the boys with their snakes and snails and puppy dog tails!
I digress, let's focus on two questions. What, if anything, do girls need to do/say/act differently to succeed in their careers and how as parents do we prepare them for it? The various studies and opinions floating around identify several possible... "weaknesses"? I hate to use this word for what is in almost any other situation a virtue but the reality is that in corporate life where men and their ways are still the norm, weakness is the most apt term. I had planned to list a few but reading through the literature there was an obvious theme to all the points. Women need to be independently and unapologetically decisive in order to succeed in a man's world**. In other words, they can't admit mistakes, they need to skip the consensus and push their own opinions and look out for their own advancement. That sounds more like snakes and snails than sugar and spice to me.
What can we do to help our daughters to grow up to be independently and unapologetically decisive? To start, self-esteem we covered in Dads, Daughters and Self-esteem. Re-read it if you need a refresher. Basically Dad's need to be more involved with their daughters and supportive of their interests and activities. How about decisive? Seems like that would be related to confidence as well. If your daughter is unsure of herself she is more like to second guess herself. Try encouraging and supporting your daughter's ideas, no matter how silly. When she makes a decision, accept it and act on it. If it does not work out then give her a chance to make another decision. Learning that the downside of a bad decision is not the end of the world is what will give her the confidence to speak her mind in the future. Add to this exercise a message on apologies. I like the phrase, "Don't apologize, fix it." Teach our girls to focus on the future rather than dwelling on what has already happened. Being nice and apologizing may help our daughters to get along with their co-workers but moving past their mistakes will help them get ahead.
*This catchy nursery rhyme is most commonly attributed to Robert Southey (1774–1843)
** Arguably and not addressed in this article is the genuine possibility that our daughters can be successful and happy in their careers without competing with the boys on the boy's playing field. Grist for another Headhunter Dad article?
The HeadhunterDad, AKA Lawrence Kieffer, is a professor of career studies at Temple University, Japan campus, the COO for Fidel Consulting an APAC Recruiting and Staffing firm focused on IT professionals, a devoted husband, and father of two amazing kids. Follow on Twitter, Linkedin or Facebook.
Email Post