What if you do everything right?

Your daughter got straight A’s in high school, was captain of the soccer team, played the oboe in band, and actively participated in multiple charities. She got into a great college and studied hard graduating at the top of her class. But, she is now living at home and is miserable because the only job offers she has received were over the counter when she was picking up her coffee. 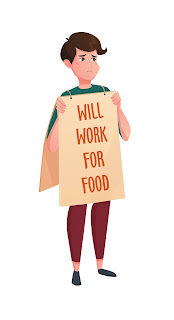 What happened? You did everything right  You provided tutors, attended every soccer game, harassed your friends for internships, donated to her causes... I guess that by definition if we did everything right then there wouldn't be any problems. The fact that our daughter or son did not end up in a job they love right out of college indicates that something might be amiss. Right?

While the example above assumes that she got into a top school, there are actually two milestones that the HeadhunterDad considers critical on the road to career success. The first is getting accepted at the right college. For most, that means the highest-ranked one your kids can get in to. The statistics tend to support the belief that higher rank = better. Payscale.com shows the schools with the highest-paid graduates are also the schools that are big on prestige and low on acceptance.

With an average acceptance rate of 8.12% for the top 20 colleges in the US, inevitably there are going to be worthy kids who are not accepted. After you remove all the Dean's List entries (read legacy, donors, money) and any other seats given without going through the regular process, the math is such that for each teen who earns a spot as a freshman, there are 2 or more who are equally qualified who do not make it. Apart from going down the road that Lori Loughlin and her husband chose, your only other option is to donate money to the college and hope that it is enough.

Fortunately, as Frank Bruni points out in "Where You Go Is Not Who You'll Be", the college your child attends does not define their future career limits. I tend to agree with this (for the most part) so for this article, we will skip milestone one and move on.

The second milestone for judging your success in preparing your child for the workplace is whether or not they were able to find meaningful work. Did your daughter have multiple job offers well before graduation? Was your son being recruited aggressively by top firms? As our kids work their way through college, studying hard and getting the grades they need to stand out, the one thing that might be missing is a functional focus. What kind of job are they trying to get when they graduate? Why go to college in the first place?

Whenever I bring this up with other fathers or mothers I inevitably hear responses like,

I get it. It is hard to figure out what to do with your life. If your kid is one of the lucky ones who latches onto something early then not only college but their career afterward will be simpler and in many cases easier to manage. If your son has been playing around with spreadsheets since highschool, was student council treasurer, and majored in accounting then he will be MUCH more likely to get the job offer for accountant than the business major who is trying to figure things out as he applies in his senior year. That accounting kid is not the norm though. From my experience teaching career strategies to undergrad students for the last 10+ years, I can tell you, most of them have no idea what they should or want to be doing after graduation.

When the HeadhunterDad's Dad was looking for work in 1956 an early focus did not matter. A college degree was unusual enough and graduates were in demand. When I graduated in 1992 it was getting tougher as everyone had a college degree but graduating with good grades from a good school could still lead to job offers. Now, in 2020 and going forward, not only does everyone have a college degree but for the first time in history (I think) we are seeing a decrease in the number of jobs in many functional areas. The sad truth is that competition for the best jobs is increasing and we are entering a time where, like college admissions,  there are only enough spots for a few top graduates and equally qualified kids are losing out. For more on this trend, you can take a look at Rise of the Robots.

As parents, we need to face this reality and by extension, let our kids know what is in store for them. There are going to be fewer jobs and more people competing for each job. In addition to everything your kids are already doing, they are going to have to focus earlier on the career that seems likely. We, need to stop telling them they have plenty of time to decide. The reality is that time is running out.