The Gamification of Parenting. Should we let them win? 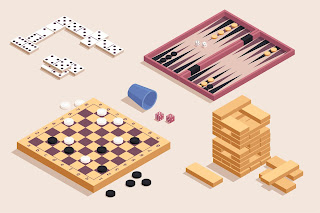 In a recent gin rummy match with my 12-year-old daughter, I totally dominated, winning 3 straight games in a row of our 5 game tourney. I am the master of gin rummy! We had bet on the game (chores not money) and she was grumpy after the 2nd loss and miserable after the 3rd and final loss. She went off to her room for the evening and I did not see her again until the next day.
OK, so then I felt bad. I didn't really rub it in when she lost and I was a good winner (I think). But when your kids are sad you want to do whatever it takes to cheer them up. This got me to thinking about whether the games we play with our kids will have an impact on their career prospects in the future. More precisely, not so much which games we play with them but rather how we approach that competition.
The science of confidence, as we have discussed several times in this newsletter, points to overcoming adversity and succeeding as the origin of self-esteem and self-confidence for our kids. If they try something and fail and never try it again, they will only remember failing. Apparently, it does not matter what the activity is as long as it requires some effort on the part of our kids. If it is easy or there is too much luck involved then it will have less of an impact on their psyche. Doing the hard things to get better and seeing that there is a reward for not giving up is what gives our children what they need to take on that next challenge, and the next and the next.
Following this train of thought as it applies to games, it does matter what the game is. Chess for example which is 100% skill (there are no dice and no luck of the draw) should work well. Beat the pants off your kids a couple times and as they learn more about the game and get better they eventually win and build confidence. A game like Candy Land which is based entirely on which card you draw is all about luck. Most kids will realize that they are not really contributing to the win. Age may matter here though. a 3-year-old playing a luck-based game may still feel good about themselves when they beat Mom or Dad while the 15-year-old knows that it is luck.
Age brings me back to the main point I want to resolve. Should I let my kids win and if so, should it be sometimes, occasionally, often? If you let a 3-year-old win they will not know that you did it. They may even develop some of that valuable confidence we are trying to instill. A 15-year-old on the other hand will at least suspect we let them win and I bet that it would have the oppositive impact from what we are trying to achieve. What if you continue to win to the point where your kids no longer want to play with you, do you force them to continue playing? If you let them quit are you missing a chance to teach them that if they keep trying they will eventually overcome?
As with most of my articles, I dove into the internet to see what others had to say about this and could not find a consensus. It seems like everyone has let their kids win at some point and everyone thinks it is OK to let kids win... except when you should not let them win. Maybe the Headhunter Wife is correct (as she usually is) and it is not a big deal either way and I am just overthinking it. What do you think?

The HeadhunterDad, AKA Lawrence Kieffer, is a professor of career studies at Temple University, Japan campus, the COO for Fidel Consulting an APAC Recruiting and Staffing firm focused on IT professionals, a devoted husband, and father of two amazing kids. Follow on Twitter, Linkedin or Facebook.
Email Post
Labels: age Confidence Games losing Winning